MELBOURNE, AUSTRALIA - MARCH 18: A small number of tourists in the famed hosier laneway which is usually busy with tourists viewing the street-art on March 18, 2020 in Melbourne, Australia. The Prime Minister Scott Morrison today announced non-essential gatherings of 100 or more people indoors are banned and has declared a human biosecurity emergency. There are now 456 confirmed cases of COVID-19 In Australia - 210 in New South Wales, 94 in Victoria, 78 in Queensland, 32 in South Australia, 31 in Western Australia, seven in Tasmania, three in the Australian Capital Territory and one in the Northern Territory. There have been six confirmed deaths. (Photo by Asanka Ratnayake/Getty Images) 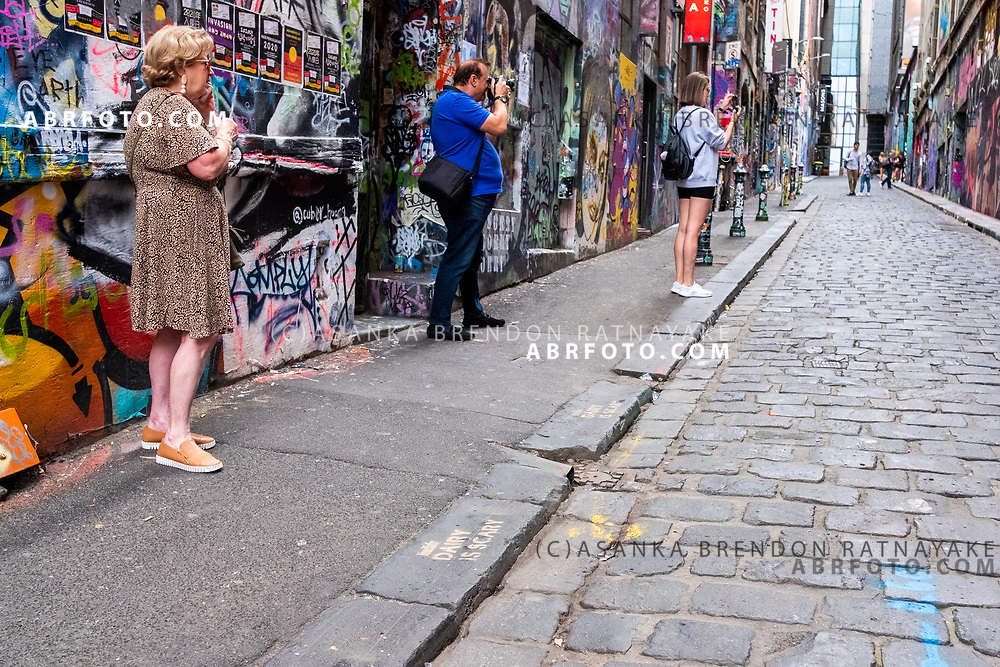