MELBOURNE, AUSTRALIA - May 28 : Police advise a handcuffed True Blue Crew protestor to look up to get rain water to clean his face after he was pepper sprayed during a 'Say No To Racism' protest and a counter 'Stop the Far Left' rally in Coburg Melbourne, Australia May 28 2016. Seven men were arrested after a violent brawl erupted between rival protesters at an anti-racism rally in Melbourne's inner-north. Anti-Facists clashed with Anti-Islam nationalists whom go by the name 'True Blue Crew'. 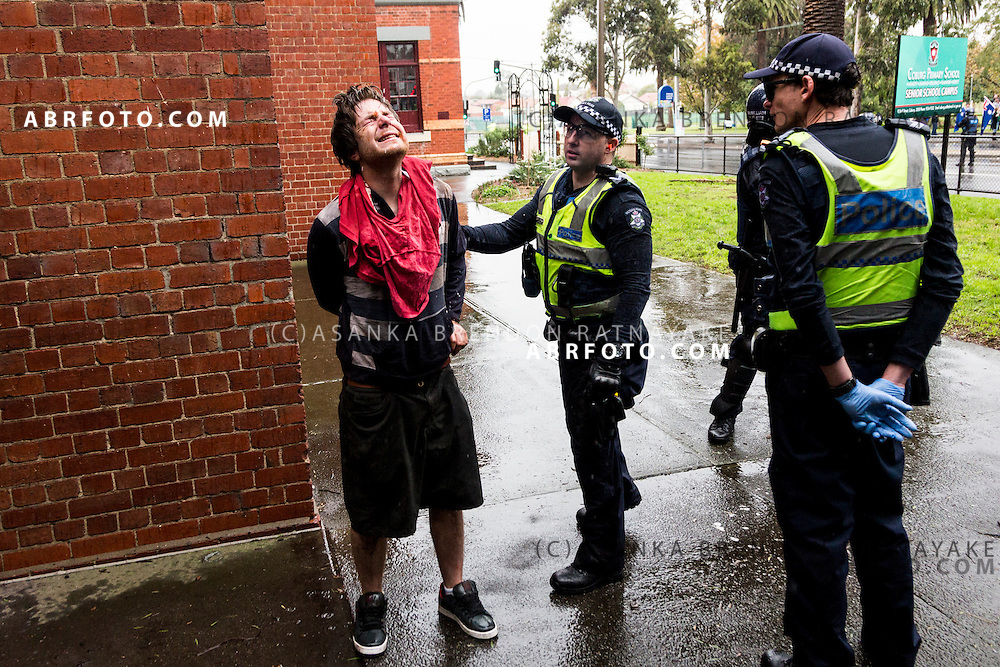