Police wrap a dead body of a suspected terrorist who was killed outside a home rented by a suspected terror group into a body bag on the 27th of April in the small town of Sainthamaruthu on the east coast of Sri Lanka. This follows a blast during raid on suspected hideout the night before (26th of April) where following a tipoff and ensuing gun fight with Army, resulted on the suspected terrorists self detonating themselves and others in the house resulting in at least 15 people dead.
Asanka Brendon Ratnayake for the Washington Post. 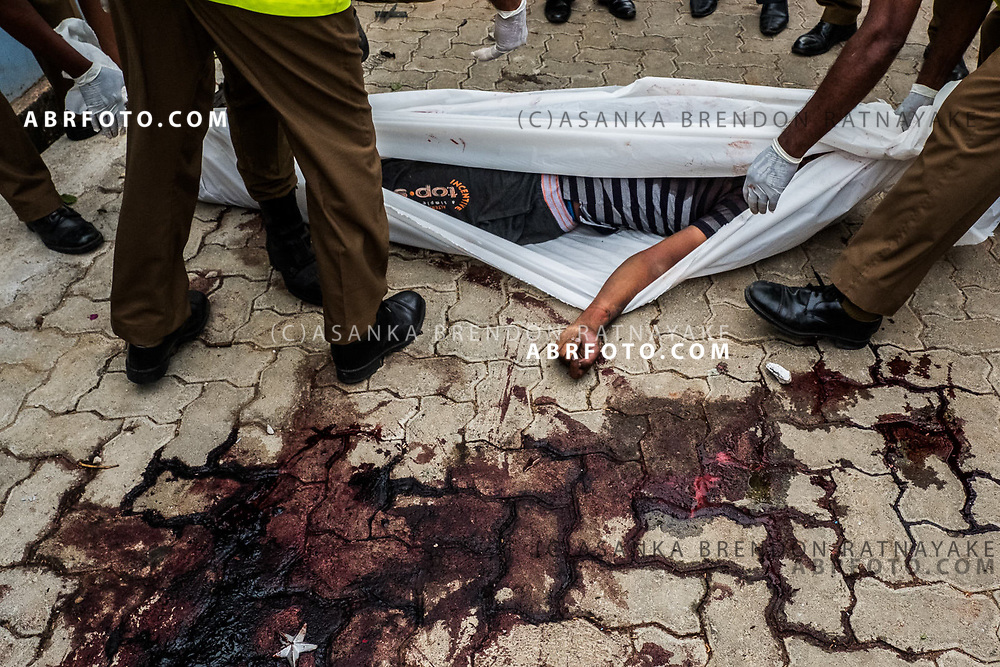