A Rohingya boy named Mohammed Rafiq aged 12 lifts his shirt bearing scars from a recent operation due to sever liver illness, Mohammed also has an eye infection in his right eye. His surgery took place outside the camp at the general hospital in Sittwe town where he required a security escort to the hospital. An estimated 110,000 ethnic Rohingya live in an overcrowded IDP camp in the outskirts of Sittwe. The Rohingya continually make attempts to flee the camps by fishing boat and seek asylum in neighbouring Islamic countries however often fall victim to human traffickers. At current they are a stateless people believed to be illegal immigrants from Bangladesh. According to the UN the Rohingya are one of the most persecuted minorities in the world. 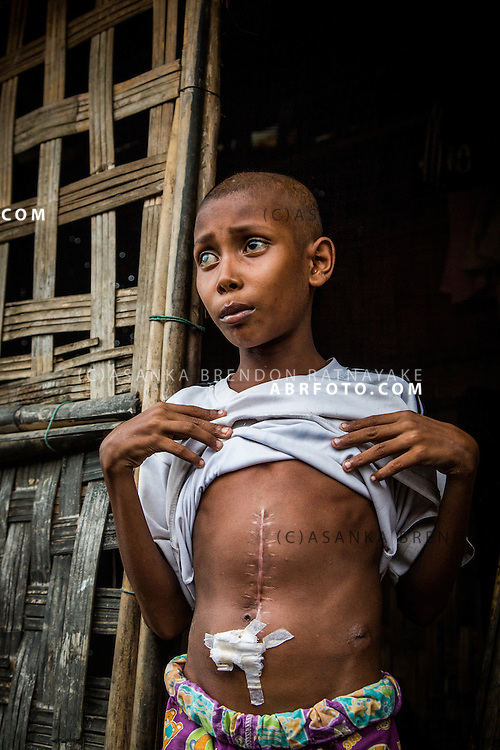