MELBOURNE, AUSTRALIA - DECEMBER 02: A general view of the detail of the Mpavillion during the opening of 'The Lightcatcher' at MPavilion on December 02, 2021 in Melbourne, Australia. The Lightcatcher features an open steel structure on four u-shaped concrete columns and was conceived as an urban lighthouse by internationally renowned architects MAP studio (Venice). Commissioned by the Naomi Milgrom Foundation, The Lightcatcher is the seventh in an ongoing series of architect-designed summer pavilions made specifically to bring Melbourne's community together. (Photo by Asanka Ratnayake/Getty Images) 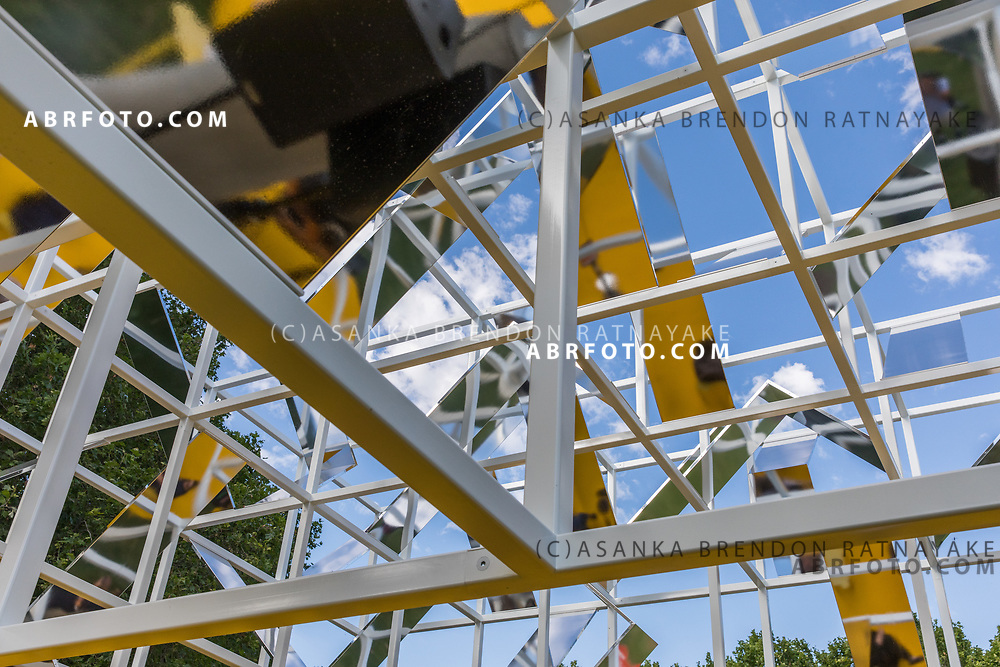